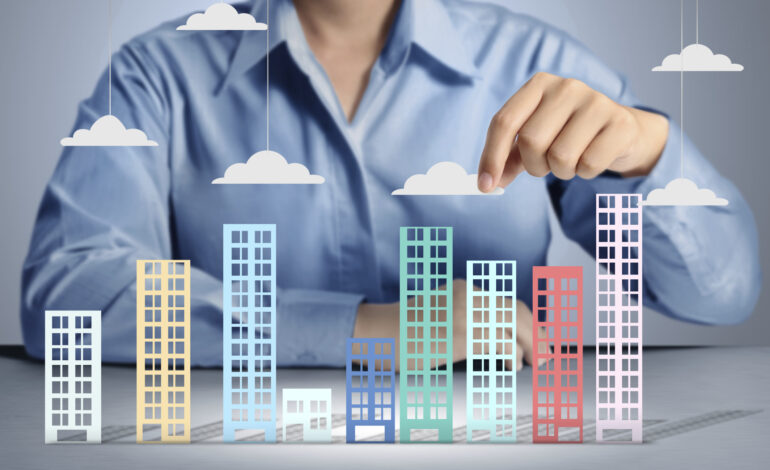 On the 23rd of last month, the new chancellor announced a mini budget in response to rising inflation and the cost of living crisis. Kwasi Kwarteng in collaboration with the new prime minister Liz Trust implemented a plan to kick start the economy.

One key strategy was to lower taxes, including abolishing the 45% tax bracket for the highest earners. Their strategy was to encourage the earners to invest in the economy by reducing their tax obligations. There was a backlash against the move from backbenchers and the wider community in what was perceived as looking after the elite at the expense of the economy.

Unfortunately, for the pair, the financial markets didn’t endorse the move and the pound tanked against other major currencies. This prompted a sell off in government bonds. Investors in UK commercial property funds quickly followed suit.

Calastone reported that over £100 million was pulled from tracked commercial property funds in the ten days following the budget. This was a sell off at eight times the rate seen from the sector in the previous three weeks.

Why was this the case?

There were two major implications of the chancellor’s proposed strategy.

For Commercial property funds, rising interest rates are not good. The reason for this is rent is typically fixed for many years in advance. If interest rates rise then the yield generated from commercial property becomes less attractive as banks will pay a higher savings rate through long term deposits. This resulted in a huge sell off from investors.

Additionally, most funds use leverage to magnify investment returns, so as interest rates increase the fund managers have to pay more money to service the mortgage debt. This then reduces the market’s expectation of the fund’s future profits so the share price falls, resulting in more investors wishing to jump ship.

The sell off caused a liquidity issue. Typically, commercial property funds only keep a small position of funds in liquid cash. This is because money held in cash is not earning the fund as much money as commercial would property under normal market conditions. However, as investors pulled out funds the cash reserves have quickly dwindled.

If investors continue to sell out of commercial property funds there will be insufficient liquidity to meet investors’ demands. This would force the funds quickly sell off property at a significant discount to the market rate. Zac Gauge, head of European real estate strategy at UBS explains, “One way or another those assets are going to have to be sold into a down market,”

Gauge stated in the FT that “property analysts expect sales completed today to be at values 20 to 25 per cent lower than they were earlier this year, before interest rates rose to rein in inflation stoked by Russia’s invasion of Ukraine.”

Commercial property values have already started to slide in recent months. Last month, developer Landsec sold 21 Moorfields, Deutsche Bank’s new London headquarters, for £809mn, below the £1bn the company had hoped to bank from a sale earlier in the year.

Some funds have limited investors withdrawing funds. Schroders, BlackRock, and Columbia Threadneedle announced measures to slow the pace of investor redemptions so they could sell assets in an orderly way. This is so remaining investors don’t take the hit.

This is becoming a repeat of the 2016 Brexit vote and Covid in 2020, where commercial property funds are forced to take decisive action to prevent a major sell-off.

Roger Clarke, head of IPSX, an exchange for property, said there is a major issue with the structure of funds that allows buyers to often jump out at just a day’s notice. “The funds are forced to sell their best assets. The redeeming investors are then getting their redemption at the expense of the rest of the people in the fund [if valuations decline]. So the rational investor puts in a redemption request,” said Clarke.

For experienced investors, it is a well known fact that the best time to invest is in a bear market.

You make most of your money in a bear market; you just don’t realize it at the time.

For investors that are not already invested in property funds or bonds, there are exceptional opportunities out there. Most REITs have pulled back over 30% this year whilst housebuilders such as Barratt Homes have already fallen by over 50% from previous highs. So investors with a long term perspective are buying value.

At Esper Wealth we look at property related investments. With some UK commercial property funds being forced to sell prime assets this represents a significant opportunity for our clients. Tokenised real estate offers investors the ability to collectively own property assets. Should prime commercial assets become available at very low prices, it represents a significant opportunity to make superior investment returns. If you would like to know how to make good returns in the current economic climate then contact us today.