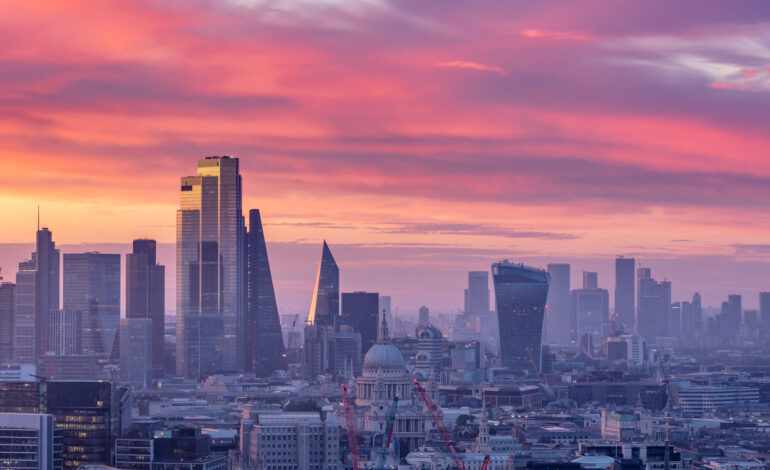 We take a look at the house prices of London over the past six years compared to the rest of the UK and ask is London a city in decline?

A recent report by the Evening Standard has shown that property in London has risen slower than any other region in the UK. This timescale coincides with the referendum of six years ago when the UK elected to leave the common market.

The average home in London now stands at £529,737 which is a paltry rise of 12.7% since July 2016. To put this number into context, this is half the rate of the second slowest region, the northeast.

This slowed growth can be attributed to a multitude of factors, not least to a very high starting point, where the cost of property is far more expensive compared to the rest of the UK. This resulted in a lack of affordability, resulting in many people not being able to afford these rising prices.

This disparity had been growing during the rebound from the crash of 2008 when London property prices lead the recovery.

The rise in stamp duty has lowed growth in London. Since 2014, the government has restructured the way it calculates stamp duty. Stamp duty is now a progressive tax, meaning that as a property rises in value taxation moves up for each band. The higher taxation has in effect penalised buyers at the higher end of the market. Consequently, London prices have slowed as the new rules are effectively penalising people for living there. The chart below shows how stamp duty is calculated for home movers.

Subsequent reforms to stamp duty in 2016 with the introduction of a buy-to-let and second home surcharge of property, also had an impact. This penalised buy-to-let investors as they have to pay extra stamp duty compared to home movers and first-time buyers. The result is that many landlords decided to expand their portfolios outside of London due to being deterred by the higher transaction costs for property in the higher value brackets. This is especially the case for overseas property investors who have seen a further surcharge of 2% levied against buying property since last year.

Covid has also been a contributing factor. London’s slowed growth post-2016 compared to the rest of the UK has been compounded by COVID 19 for three reasons:

Tom Bill, head of residential research at Knight Frank stated, “London’s underperformance pre-dates Covid but was accentuated by the escape to country trend. It has primarily been a result of the affordability squeeze in the capital, with more affordable parts of the UK experiencing stronger price growth in recent years.”

Most recently, the Russia’s war on Ukraine has resulted in increased scrutiny of money laundering activities through property. This hits London the hardest as it is traditionally the location of choice for laundering due to higher purchase price for each transaction.

House prices across London since Brexit

The above table doesn’t show the full story. Within the highest priced hubs such as Mayfair, Knightsbridge, and Belgravia, the property market has fallen by 14%. This is due to the very high proportion of rich overseas homeowners turning away from UK property for a second home. In contrast, the areas with the lowest house prices have recorded proportionally greater growth.

There have been better-performing regions in the UK property market since 2016. The East Midlands region has led the way with a 42.3% average rise. The North-west came in second with a 38.7% rise. It was followed by the West Midlands at 37.7%.

The best performing areas tend to be around northern cities where affordability to get on the ladder is easier for first time buyers.

However, for many, the dream of owning their own home is difficult, even in northern cities. The change in emphasis from buy-to-let investors cannot be underestimated. Many investors seeking value have stampeded towards cities such as Birmingham, Manchester, Liverpool, and Leeds. This is in part, due to lower transaction costs in the form of stamp duty. A higher investment yield, with better-forecasted, growth though is the main driver of this change.

Most economists and property experts are in agreement; the trend of northern cities outperforming London will continue several years. The table below shows Savills forecast by region.

Another contributing factor fuelling this change is the changing preference of young professionals in where they want to start their careers. Many are now opting to live in cities such as Manchester and Birmingham as they offer increased affordability. Employers are following suit, opting to migrate jobs to other cities as office rent is cheaper and they can pay employees less as the cost of living there is lower.

Advances in technology and improving transport links (HS2) will mean that there is less need for businesses to be based in London. Covid has demonstrated that many people can work from home.

Manchester remains our top choice for investment growth, closely followed by Leeds, Liverpool and Birmingham. We recommend selecting areas close to city centres as rental yields tend to be higher. However, the most important attribute is to identify regeneration hotspots.

Salford Keys is a prime example of such a strategy. The video below shows what inward investment has done for the area. Property in Media City has appreciated at a far faster rate compared to the city average.

Manchester scores very high with respect to rental yields as well. The Buy Association wrote in April, “The north-west continues to see strong demand from tenants and has led the UK rental market in rent hikes. Manchester, Liverpool, and the surrounding areas are extremely popular hotspots for tenants and property investors alike.”

The Buy Association recorded that rent increases in Manchester and Liverpool were up 19.3% and 17.1% respectively since the same time last year.

At Esper Wealth we seek the best property investments for our clients. To accomplish this we have strict criteria for selecting an investment. For investors seeking capital growth, identifying regeneration initiatives in northern cities is a good strategy. As is securing property below market value.

If you would like further information on the best areas to invest in. Then contact us today.