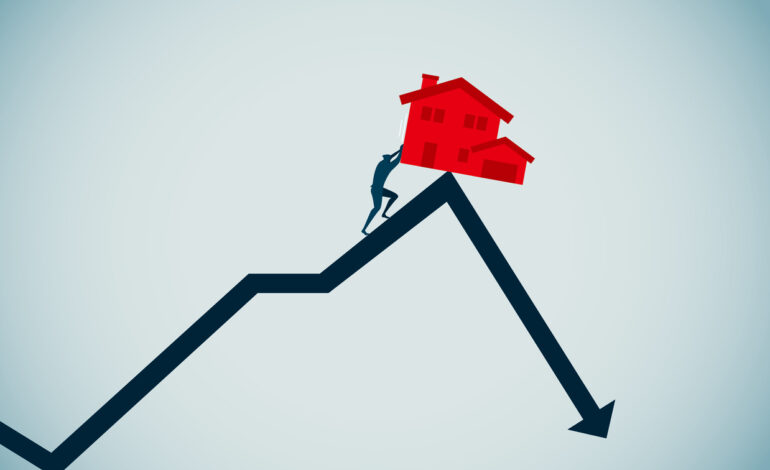 Sweden’s housing market is falling at a very fast rate. It is currently down by 12% and analysts believe believe that it will continue to drop. We take a look at the reasons for this, before asking if will Britain follow a similar fate.

The latest report from Norgea Banks, and recorded by Bloomberg, states that house prices in Sweden have contracted by 12% in nominal terms, and by 15% in real terms from their 2022 peak. Internationally this is the largest drop by all recorded nations.

Sweden’s forecasts for 2023 are not looking rosy either. A general forecast is that it will see at least a 20% decline from the 2022 peak. However, depending on certain economic criteria the anticipated fall could be far more severe.

What has caused this decline?

There are several factors which have contributed to Sweden’s housing market fall.

Like the UK and many other countries, Sweden’s housing market rallied significantly during Covid. This was contrary to what the market forecasted. The rally was in part brought on by government stimulus. As the government lent money to prop up the economy by replacing wages the effect was the spending continued so the property market thrived. Similar to the UK the governmental policy effectively kicked the can down the road. The chart above shows how the average property market has surged since early 2020.

Unfortunately, what goes up often goes down. Now Sweden has come out of Covid, the Swedish government is not supporting the economy to the same degree and output has fallen bringing with it house prices.

Rising energy costs as well as other products are hitting the Swedish economy badly. Inflation is gripping the nation and wages aren’t rising at the same pace. The CPI Index for Sweden now stands at 10.8%.

Their central bank has tried to counteract inflation by raising interest rates. Unfortunately, this common policy results in reducing borrowers’ income by increasing the interest on the debt. Of course, people on fixed-rate deals are immune from this (until their deal expires). However, in Sweden, a higher percentage of mortgage borrowers are on a variable rate. So affordability is already stretched.

The Swedish economy has so far weathered the storm of rising costs and interest rates. However, at the end of 2022 the Swedish Minister of Finance, forecasted that Sweden will enter a recession in 2023 and won’t emerge from it until 2025.

Like Sweden and many other countries, the UK experienced a housing boom during the lockdown. This was due to several reasons. These included:

The war in Ukraine has impacted the UK and several other countries. This is due to escalating energy costs as well as other goods and services.

Like Sweden, the Bank of England has also been forced to raise interest in response to rising interest rates. Currently, the base rate sits at 3.5% having been at 0.1% 13 months ago. This interest rate rise has reduced mortgage affordability and some fewer people are able to get onto the housing ladder as a consequence.

It is anticipated that interest rates will continue to rise in 2023 and potentially in 2024 depending on how inflation pans out. For mortgage borrowers who are coming out of fixed-rate deals, mortgage costs are likely to be significantly higher.

The UK has just entered a recession according to Goldman Sachs. They anticipate the UK economy to retract by 1.2% in GDP terms this year. In real terms, the economy looks worse. With escalating interest rates there is less disposable income. The U.K. independent Office for Budget Responsibility projects that the country faces its sharpest fall in living standards on record. Alongside Finance Minister Jeremy Hunt’s budget statement in November, the OBR forecast that real household disposable income — a measure of living standards — will fall by 4.3% in 2022-23.

Factors for optimism in the UK housing market

The UK housing market indeed hasall-time several economic factors weighing it down. The global economy is not strong and the property market is operating at all time highs. This suggests a major correction is likely.

That said the UK market is different from Sweden. There are several factors which are likely to result in a much softer landing. We take a look at the key differences in the UK market.

It is very well known that there is a major housing shortage in the UK. This is due to the government’s failure to build enough houses each year. This lack of supply creates a high support level for prices.

Due to the housing shortage, there is a lack of rental properties in the market. The result is rapidly rising rents. This is a national crisis that is unlikely to go away anytime soon. With rent being a high potential first-time, buyers are less likely to wait for a fall in the market as rent is costing more than borrowing. For property landlords rising rents means there is little cause for panic. Rental increases will pay for increased mortgage costs and long-term the property market will go back up.

At the end our last year we gave our forecast on the UK property market. We envision a 5% correction in the market in 2023 before the market turns positive again in 2024. This is unlike Sweden’s housing market which has already recorded double digit losses from previous highs.