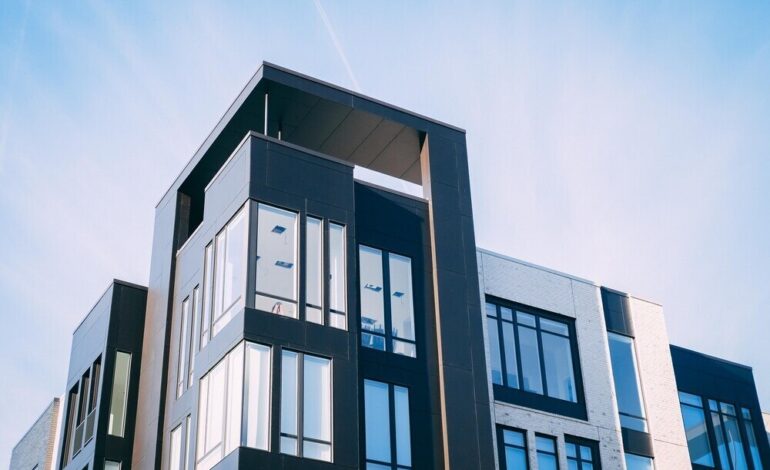 The average UK house price rose 8.2% to £272,992 in the 12 months to November, according to Halifax. Track back to the first lockdown in March 2020 and average values have climbed £1,691 a month – just shy of the average worker’s take-home pay. To the homeowners, the spoils.

Listed commercial property has also performed strongly, tracking the broader risk-on sentiment across equity markets and confounding many of the doubts of a year ago.

In fact, aside from a few blow-ups in smaller sub-sectors, investors would have been hard pressed to lose money from any real estate investment trust (Reit) over the past 12 months. Even the housebuilders, whose exposure to inflation, consumer sentiment and politics make for their own jittery property weathervane, are in the green. And that’s before dividends are factored in.

There are a couple of possible explanations for this. One is that the UK’s listed landlords have been uniquely geared to the recovery in occupier demand and land values that has accompanied the economic rebound. Another is that both valuers and markets were too pessimistic during the nadir and failed to separate winners from losers.

We might submit a third, messier observation: that all ships were lifted this year, not by one tide, but on a series of currents. Some, including corners of the retail market, may have benefited from a dead-cat bounce. Others, such as office landlords, have partly rallied on hope. A few sectors – especially logistics and industrials – have witnessed a further strengthening of fundamentals.

If the latter description is true, it would be unusual. Periods of growth are usually characterised by a single rising tide rather than disparate factors like these.

A certain line of thinking suggests that listed real estate should move on a much slower and stable trajectory than other equities. Property values and rents generally rise over time, but the nature of illiquid assets complicates the job of productively recycling capital.

In the years immediately before the pandemic, modest gains were the main item on the menu. The S&P Global Reit(S&PGR), a benchmark of publicly traded equity property trusts around the world, went sideways in the half-decade to December 2019 (see chart).

But when Covid-19 hit, Reit shares dived faster and deeper than the broader equities market. Fears of a repeat of the financial crisis, when overleveraged property investors were left with too many unwanted assets and not enough cash to service debts, were all too real. Compounding it all, at least in those early moments of freefall, was the frightening prospect of commercial property tenants of all stripes going to the wall at once. In moments of crisis, real estate can be a volatile asset class.

Then again, it is wiser to think of property returns over much longer horizons, as we should equities. Include reinvested dividends – an important if sometimes demanding job in practice – and the S&PGR has outperformed the MSCI World Equity Index since the start of the millennium and since the immediate aftermath of the financial crisis. Reits are also up a respectable 55 per cent since the depths of the pandemic, compared with a 72 per cent return from global equities.

Property investors can therefore look ahead to 2022 with confidence – as they can most years. Schroders estimates that since 1973, Reits have been one of the strongest performers of any asset class, posting positive inflation-adjusted returns across the business cycle.

Speaking at an outlook event this month, the asset manager’s chief investment officer, Johanna Kyrklund, compared the hunt for yield to a market-wide game of whack-a-mole. “We’re in a yield-starved world,” she said. “The second there is a sign of any yield anywhere you see a wall of money chasing it.”

As long as this is true, real estate will remain a powerful story for asset allocators facing negative real yields from government bonds. Even if interest rates do rise, neither the pace of tighter monetary policy nor UK Reits’ current leverage present serious concern. Investors instead need to think harder about market fundamentals and the use case for the properties they are ultimately backing.

1. Green is the new tall

In 1999, the economist Andrew Lawrence identified a correlation between the construction of mega-tall buildings and financial downturns. The ‘Skyscraper Effect’, as it is known, has since become one of the ultimate symbols of boom-era hubris.

For a long time, height has been associated with prestige. Now, the most prime of prime real estate is green. Or more specifically, built and operating to the lowest environmental footprints possible.

This is a real challenge for office developers and landlords, who must raise the minimum EPC energy efficiency rating on all non-domestic rented buildings to at least a ‘B’ by 2030. According to Savills, some 87 per cent of UK office stock – equivalent to over 1 billion square feet – falls short of this standard.

It’s not just government that wants to see improvements. Savills reckons demand for office space that can satisfy occupiers’ ESG credentials is outpacing supply, while a growing chorus of industry figures expects a green premium to emerge in rental values for buildings that make the grade. Some landlords, such as Helical (HLCL), look well-positioned to benefit from the ensuing value uplifts.

Varso Place in Warsaw – which became the EU’s tallest building when it topped out this year – might be considered a prime example of pre-pandemic overconfidence. But judging by one new tenant’s comments, its top-rated BREEAM energy-saving certification was an equally big draw as the view.

Wherever the housing market heads next year, the set of circumstances that has sent prices to the moon since 2020 won’t be repeated.

According to Savills, residential property sales hit £513bn in the year to September, up 50 per cent on pre-pandemic levels. The estate agent puts this down to a combination of rising values and pent-up activity. But to this we can add the government’s stamp duty holiday, the lockdown savings effect and a moment of collective introspection that prompted millions to revaluate their housing situation.

The latter trend may have a little further to run. But state support has gone, and it is equally likely that buyers will now be dissuaded or snookered by rising prices. At the same time, while price spikes have been fuelled by cash buyers chasing low supply, the mortgage market still matters to UK house prices. Here, the outlook is decidedly mixed.

On the one hand, mortgages are still affordable by historical standards – at least for those who can scrabble together a deposit. The Bank of England has suggested it could loosen affordability checks.

But changes are likely to be tweaks rather than a bonfire of standards. Mortgage approvals, which have been dipping, are unlikely to suddenly jump – especially if the central bank starts to raise interest rates materially.

Partly because of these forces, investor and occupier demand for private rented accommodation is only likely to grow. Amid the continuing squeeze on the buy-to-let market, would-be landlords may have more luck following the walls of capital pouring into much larger residential portfolios.

Housebuilders can be a dry sector from an investor perspective. Of course, that’s part of the deal: though building techniques evolve, property development is a capital-intensive sector with defined supply and demand dynamics. With the notable exception of Galliford Try’s £1.1bn takeover by Bovis Homes – now Vistry (VTY) – this isn’t a sector known for consolidation.

Could investors be in store for a bit more drama? This month, reports emerged that activist investor Elliott Management had built a stake in Taylor Wimpey (TW) with a view to encouraging “corporate activity” that may include a takeover.

Elliott has had a mixed track record of late, but investors shouldn’t rule out M&A activity altogether. The UK’s listed housebuilders are sitting on lots of cash, good returns on equity and cheap valuations. Combinations could add scale and synergies and boost purchasing power, while brands count for less than management might have you believe.

The core idea behind the International Property Securities Exchange (IPSX) is a smart one: if you can securitise a single building, then commercial real estate becomes a lot more liquid and the frictional cost of transactions should reduce. With two-thirds of global net worth stored in real estate and land, according to a recent study from the McKinsey Global Institute, the potential for investors is huge.

Although a flurry of listings were initially slated from the start of 2020, IPSX finally admitted its first listing earlier this year with the debut of Mailbox Reit (IPSX:MBOX), the owner of The Mailbox mixed-use office and leisure site in central Birmingham. So far, it has been a qualified success. Trading has been orderly (if slim), and even with a 6.8 per cent dividend yield, Mailbox trades at a 3.7 per cent premium to net asset value.

Unfortunately for ordinary investors, trading is currently restricted to professionals and institutions, although this could soon change if Starwood Capital makes good on plans to list Liverpool’s iconic Sandcastle building on the retail market.

There are a number of ways to invest in property. At Esper Wealth we introduce investors to discounted property. You can see our latest offerings on our developments page. As a company we select developments in property hotspots such as Manchester, Liverpool and Birmingham.