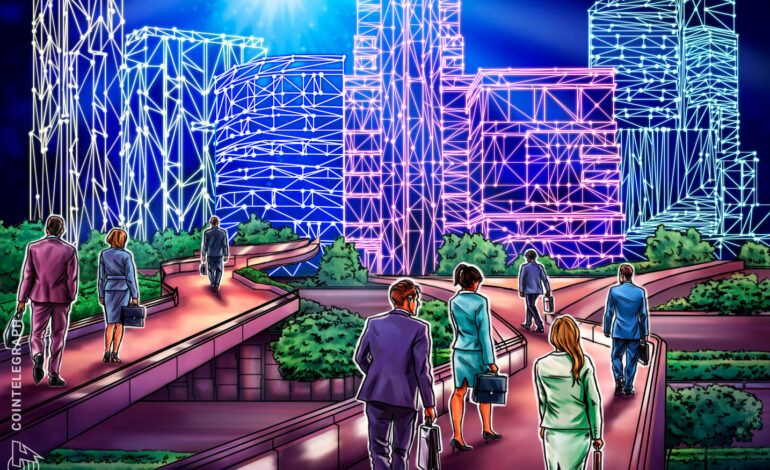 The crypto marketplace is evolving quickly. As the market matures, we will see crypto become better regulated, with an explosion of asset backed tokens. This trend is likely to be accelerated with governmental intervention as the industry looks to clean up its shaky past. In this article, we take a look at what is happening in the crypto marketplace and then we ask what the future holds.

Bitcoin was the pioneer cryptocurrency. It was invented in 2008 by a developer under the pseudonym Satoshi Nakamoto. It was created in the backdrop to the major bank bailouts that gripped the world during the credit crunch.

The idea is simple, but the technology and design are breath-taking. Bitcoin works by incentivising third parties to validate transactions. This is a process known as Proof of Work in which highly specialised computers try to guess a winning number that serves to validate transactions and create new coins. This is what’s known as mining. As numerous independent people are validating the transactions there is no chance of transactions being altered. This is commonly known as the consensus algorithm. As the ledgers cannot be altered, there is no need for a central agency i.e. the banking system. This is good as the banks are largely responsible for the boom and bust in the economy as they are able to create money.

Since its inception Bitcoin has done incredibly well. Back in 2009 you could buy multiple Bitcoins to the Dollar. Fast forward to today and each Bitcoin costs more than $15,000 USD. The chart below shows Bitcoins the historical price since 2013.

Bitcoin incentives people to provide third party validation by issuing coins to miners. The coin rewards are halved every 210,000 blocks. For example, the block reward was 50 new bitcoins in 2009. On May 11, 2020, the third halving occurred, bringing the reward for each block discovery down to 6.25 bitcoins. This makes mining more expensive and has resulted in a lot of energy being spent to solve various puzzles.

An alternative way of validating crypto has emerged and that is commonly know as Proof of Stake. This method rewards third party validators by issuing transaction fees. Ethereum, the second largest coin has moved over to this method of validating ledgers. Proof of stake uses less computing power so is better for the environment.

Ethereum was created in 2015. The platform was originally set up to work on Proof of Work. Then in 2020, they launched a different version which operated on Proof of Stake. In September 2022 their original version combined with the Proof of Stake beacon. Ethereum has predicted that this shift will reduce energy consumption by 99.95%.

This coin represented a significant advance in crypto technology. Whilst the Ethereum network has its own coin called Ether, its main advantage lies in its ability to be programmable. This means two things:

Unfortunately, crypto is not without its problems. Whilst, the technology is very secure and has huge potential there have a number of cryptocurrencies and tokens that have been set up which is nothing more than a scam. Most tokens and coins that come to the market have no tangible assets underpinning them.

It could be argued that Fiat currencies today are not backed by anything either. Fiat currencies used to be backed by gold. However, they still have the promise of the government to back it up. This promise is twofold. Firstly, a government backs any debts against a currency by honouring it debts. Secondly, the government underpins the banking system by protecting savings if a bank goes under. In the UK this level of protection is up to £85,000 per person per institution.

The only thing which gives most tokens or coins their value is restricted supply and the sentiment of people buying it believing that it could gain traction with other investors.

In more recent years there have been other coins entering the market. Stablecoins gained a lot of traction as they were pegged to other currencies of commodities. This type of crypto has taken a lot of the volatility out of the crypto. This volatility was seen as an obstacle to exchange. However, there have been a number of high profile collapses of Stablecoins. Both Terra and its sister coin Luna collapsed in May. This was a major contributor to the huge pull back in cryptocurrency values in 2022. Interestingly, real estate tokens have bucked this trend. they have delivered a positive return for investors despite the huge fall in the cryptos overall.

At the tail end of 2022 FTX collapsed. This was one of the world’s largest crypto exchanges. The collapse was attributed to aggressive trading actions by the founder’s trading team. This is another high profile problem that has shaken the crypto community.

Michael Saylor in the video above explains that the majority of coins and tokens will fall by the wayside. This is because many are listed on an unregulated exchange with nothing to underpin the coin or token.

Future of the crypto marketplace

The crypto marketplace will change dramatically. The majority of the unregulated coins and tokens will collapse. This is good news for the industry in the longer term. What will be left is tokens and coins trading on regulated coin exchanges. The new entrants will be underpinned by assets. This will make cryptos operate very similarly to regulated stock market exchanges.

Tokens and coins offer several advantages compared to stocks and funds. Regulated coin exchanges are open 24/7 and allow for smaller trades as there is lower dealing costs. Importantly, as the exchanges are decentralised they offer better autonomy.

In the future companies will have the choice of listing their company on either a coin or equity exchange. Many new companies will opt for the coin/token option due to lower entry costs and more flexible floating rules. This represents a significant opportunity for investors who understand how the market will pan out.